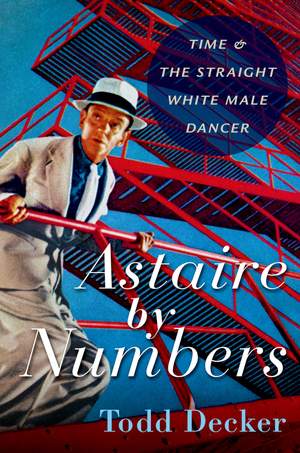 Astaire by Numbers looks at every second of dancing Fred Astaire committed to film in the studio era-all six hours, thirty-four minutes, and fifty seconds. Using a quantitative digital humanities approach, as well as previously untapped production records, author Todd Decker takes the reader onto the set and into the rehearsal halls and editing rooms where Astaire created his seemingly perfect film dances. Watching closely in this way reveals how Astaire used the technically sophisticated resources of the Hollywood film making machine to craft a singular career in mass entertainment as a straight white man who danced. Decker dissects Astaire's work at the level of the shot, the cut, and the dance step to reveal the aesthetic and practical choices that yielded Astaire's dancing figure on screen. He offers new insights into how Astaire secured his masculinity and his heterosexuality, along with a new understanding of Astaire's whiteness, which emerges in both the sheer extent of his work and the larger implications of his famous "full figure" framing of his dancing body. Astaire by Numbers rethinks this towering straight white male figure from the ground up by digging deeply into questions of race, gender, and sexuality, ultimately offering a complete re-assessment of a twentieth-century icon of American popular culture.