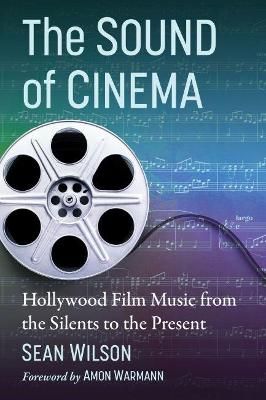 New, The Sound of Cinema: Hollywood Film Music from the Silents to the Present

While some film scores crash through theater speakers to claim their place in memory, others are more unassuming. Either way, a film's score is integral to successful world building. This book lifts the curtain on the elusive yet thrilling art form, examining the birth of the Hollywood film score, its turbulent evolution throughout the decades and the multidimensional challenges to musicians that lie ahead.

The history of the film score is illuminated by extraordinary talents (like John Williams, Hans Zimmer and countless others). Beginning with vaudeville and silent cinema, chapters explore the wonders of early pioneers like Max Steiner and Bernard Herrmann, and continue through the careers of other soundtrack titans. Leading Hollywood film composers offer in this book fascinating perspectives on the art of film music composition, its ongoing relevance and its astonishing ability to enhance a filmmaker's vision.