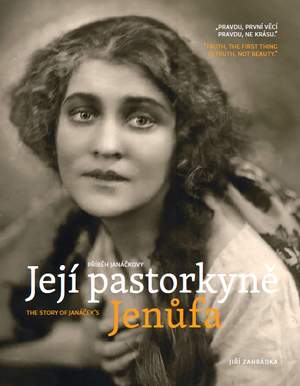 The Story of Janáček's Jenůfa

There are few compositions in the history of music which have such an engaging and convoluted story as Janáček’s Jenůfa. The long and arduous journey in search of new creative principles finally led it to becoming one of the most frequently played operas of the 20th century. This book provides a great deal of new information which has come to light as a result of the research for the critical edition of the score. It takes the reader back to the origins of the work and answers the questions why Janáček decided to choose a realistic play; when exactly the opera was composed; and why the composer did all he could to prevent the date being discovered for the completion of the first act. It outlines the family, professional and social circumstances surrounding the origin of the opera, including how it was closely connected to the death of Janáček’s daughter, Olga. It sheds light on the uncompromising position of the conductor Karel Kovařovic when Janáček tried unsuccessfully to have his opera premiered at the Prague National Theatre. It examines the world premiere in Brno as well as the behind-the-scenes manoeuvres which led to its successful premiere in Prague, including the circumstances surrounding the revisions to the score carried out by Karel Kovařovic. It also looks at Janáček’s friendship with Max Brod and his international promotion of Jenůfa and the composers’ other works. The reader will discover more about the most important productions which were given during Janáček’s lifetime, as well as the revenues the composer accumulated from the publication and performance of Jenůfa. The book is accompanied by a large number of documents and photographs, many of which are published here for the first time.