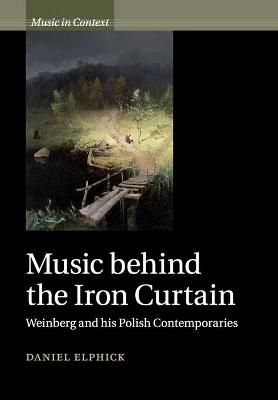 New, Music behind the Iron Curtain: Weinberg and his Polish Contemporaries

Mieczyslaw Weinberg left his family behind and fled his native Poland in September 1939. He reached the Soviet Union, where he become one of the most celebrated composers. He counted Shostakovich among his close friends and produced a prolific output of works. Yet he remained mindful of the nation that he had left. This book examines how Weinberg's works written in Soviet Russia compare with those of his Polish contemporaries; how one composer split from his national tradition and how he created a style that embraced the music of a new homeland, while those composers in his native land surged ahead in a more experimental vein. The points of contact between them are enlightening for both sides. This study provides an overview of Weinberg's music through his string quartets, analysing them alongside Polish composers. Composers featured include Bacewicz, Meyer, Lutoslawski, Panufnik, Penderecki, Gorecki, and a younger generation, including Szymanski and Knapik.