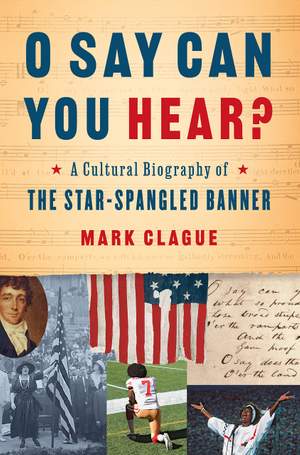 New, O Say Can You Hear?: A Cultural Biography of "The Star-Spangled Banner"

Many people know the tale: In 1814 Francis Scott Key witnessed the British bombardment of Fort McHenry and the heroism of America's defenders; seeing the American flag still flying at first light inspired him to pen his famous lyric. What people don't know, however, is how a topical broadside ballad rose to become the nation's anthem and today's magnet for controversy.

In O Say Can You Hear? Mark Clague brilliantly weaves together the stories of the song and nation it represents. The book examines the origins of both words and music, alternate lyrics and translations and the song's use in sports, at times of war and for political protest. It shows how the song's meaning reflects-and is reflected by-the United States' quest to become a more perfect union. From victory song to hymn of sacrifice and object of protest, the story of Key's song is the story of America itself.