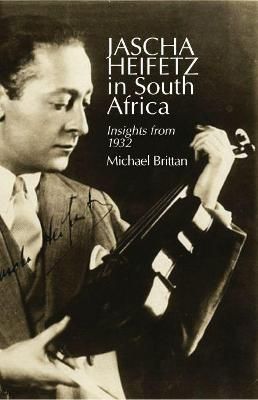 Jascha Heifetz was the most celebrated violinist of the 20th century whose influence on violin playing endures to this day. His one-and-only tour of South Africa in 1932 is at once compelling and revealing. In this thoroughly-researched and illustrated book, Michael Brittan drills down into the Heifetz legend and legacy. At the same time, he brings to life the fascinating saga of the makings of Depression-era South Africa and its musical life, along with hints of what the future would hold. Against this backdrop, engaging narrative documents the never-published details of Heifetz both on and off the South African concert stage. The book reveals how the Heifetz phenomenon was perceived by the South African public through the commentaries of the press, music critics and interviews. Scrutiny through the South African lens of Heifetz the musical master and Heifetz the man adds a new chapter to his life and times, providing fresh insights into the enigmatic Heifetz genius and personality.