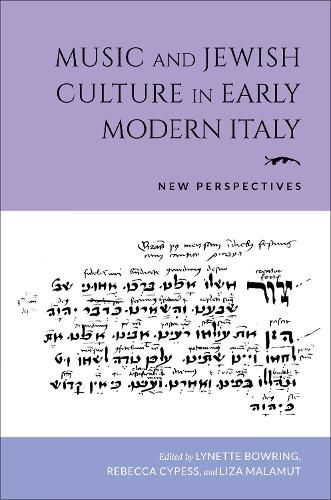 An interdisciplinary reassessment, Music and Jewish Culture in Early Modern Italy evaluates the social, cultural, political, economic, and religious circumstances that shaped this community, especially in light of the need to recognize individual experiences within minority populations. Contributors draw from rich materials, topics, and approaches as they explore the inherently diverse understandings of music in daily life, the many ways that Jewish communities conceived of music, and the reception of and responses to Jewish musical culture.

Highlighting the multifaceted experience of music within Jewish communities, Music and Jewish Culture in Early Modern Italy sheds new light on the place of music in complex, previously misunderstood environments.