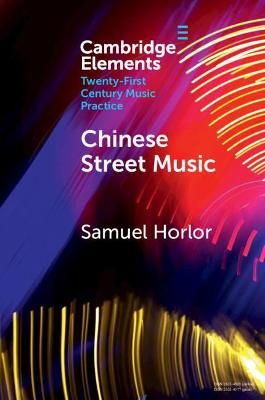 Musical community is a notion commonly evoked in situations of intensive collective activity and fervent negotiation of identities. Passion Square shows, the daily singing of Chinese pop classics in parks and on street corners in the city of Wuhan, have an ambivalent relationship with these ideas. They inspire modest outward signs of engagement and are guided by apparently individualistic concerns; singers are primarily motivated by making a living through the relationships they build with patrons, and reflection on group belonging is of lesser concern. How do these orientations help complicate the foundations of typical musical community discourses? This Element addresses community as a quality rather than as an entity to which people belong, exploring its ebbs and flows as associations between people, other bodies and the wider street music environment intersect with its various theoretical implications. A de-idealised picture of musical community better acknowledges the complexities of everyday musical experiences.