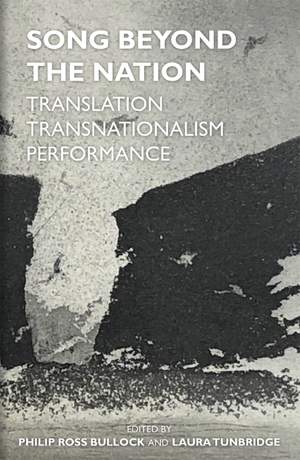 Within classical music, much writing on the Western song tradition since 1800 has assumed a direct link between musical cultures and national literatures, and song has typically been interpreted as one of the means by which constructions of nationalism and nationhood have been pursued in the cultural sphere. Yet song can also be a mobile and cosmopolitan genre and form of cultural practice, able - through performance, publication, and translation - to cross boundaries between cultures and languages. This volume brings together musicologists, literary scholars, linguists, and cultural historians to examine the ways in which song creation, practice, and interpretation has been defined by, and in turn defines, conceptions of nationalism and the transnational. It focuses on four key poets - the Persian Hafiz, German Heine, American Whitman, and French Verlaine - and examines how their poems have been 'translated' into song, and how music can challenge the seemingly organic relationship between language and nation.