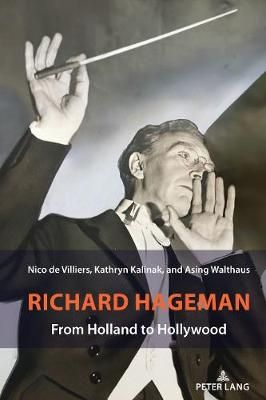 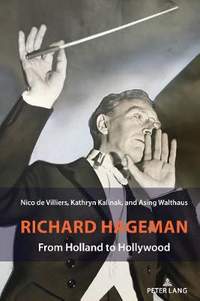 Richard Hageman: From Holland to Hollywood

Richard Hageman (1881-1966) was celebrated during his lifetime as a conductor, pianist, vocal coach, and composer. His art songs put him solidly in the vanguard of mid-century composers and he was routinely referred to in the same context as Aaron Copland, Virgil Thomson, William Grant Still, and Erich Wolfgang Korngold. His opera Caponsacchi was the first American opera to premiere in Vienna. A conductor at the Metropolitan Opera, Hageman knew the great singers of the age, conducting Enrico Caruso and Geraldine Farrar, and accompanying Nellie Melba and Emmy Destinn. He wrote songs for John McCormack and Lotte Lehmann. By the late 1930s Hageman was composing in Hollywood, scoring westerns for John Ford and earning six Academy Award nominations. In Hollywood, he had drinks with John Wayne, rubbed shoulders with Jeanette MacDonald and Nelson Eddy, and shared the screen with Louis Armstrong and Elizabeth Taylor.

Richard Hageman: From Holland to Hollywood is the first critical biography to reconstruct Hageman's colorful life while recreating the cultural milieu in which he flourished: opera in America during the first half of the twentieth century and film scoring in Hollywood in the heyday of the studio system. Here Hageman's most important works are analyzed in depth for the first time, from his famous art song, "Do Not Go, My Love" and his opera Caponsacchi, to his film scores such as She Wore a Yellow Ribbon and 3 Godfathers. This biography offers a compelling read for opera lovers, film fans, and American history enthusiasts alike.