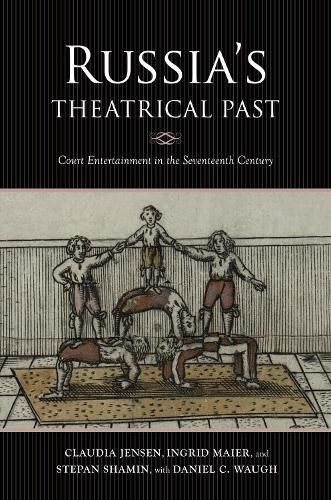 New, Russia's Theatrical Past: Court Entertainment in the Seventeenth Century

In the 17th century, only Moscow's elite had access to the magical, vibrant world of the theater.

In Russia's Theatrical Past, Claudia Jensen, Ingrid Maier, Stepan Shamin, and Daniel C. Waugh mine Russian and Western archival sources to document the history of these productions as they developed at the court of the Russian tsar. Using such sources as European newspapers, diplomats' reports, foreign travel accounts, witness accounts, and payment records, they also uncover unique aspects of local culture and politics of the time. Focusing on Northern European theatrical traditions, the authors explore the concept of intertheater, which describes transmissions between performing traditions, and reveal how the Muscovite court's interest in theater and other musical entertainment was strongly influenced by diplomatic contacts.

Russia's Theatrical Past, made possible by an international research collaborative, offers fresh insight into how and why Russians went to such great efforts to rapidly develop court theater in the 17th century.