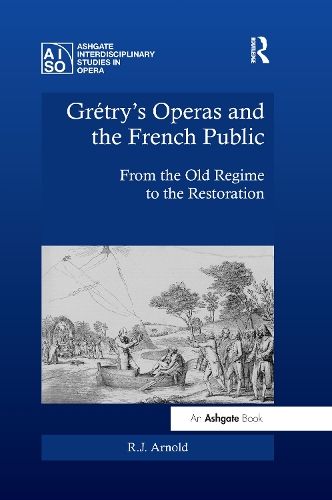 Gretry's Operas and the French Public: From the Old Regime to the Restoration

Why, in the dying days of the Napoleonic Empire, did half of Paris turn out for the funeral of a composer? The death of Andre Ernest Modeste Gretry in 1813 was one of the sensations of the age, setting off months of tear-stained commemorations, reminiscences and revivals of his work. To understand this singular event, this interdisciplinary study looks back to Gretry's earliest encounters with the French public during the 1760s and 1770s, seeking the roots of his reputation in the reactions of his listeners. The result is not simply an exploration of the relationship between a musician and his audiences, but of developments in musical thought and discursive culture, and of the formation of public opinion over a period of intense social and political change. The core of Gretry's appeal was his mastery of song. Distinctive, direct and memorable, his melodies were exported out of the opera house into every corner of French life, serving as folkloristic tokens of celebration and solidarity, longing and regret. Gretry's attention to the subjectivity of his audiences had a profound effect on operatic culture, forging a new sense of democratic collaboration between composer and listener. This study provides a reassessment of Gretry's work and musical thought, positioning him as a major figure who linked the culture of feeling and the culture of reason - and who paved the way for Romantic notions of spectatorial absorption and the power of music.