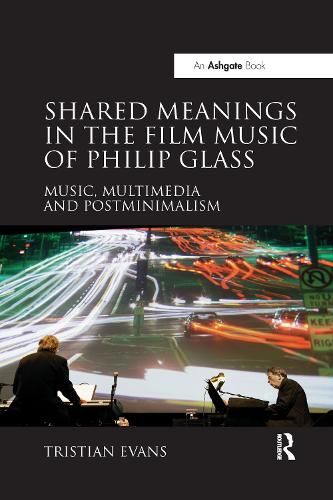 Shared Meanings in the Film Music of Philip Glass: Music, Multimedia and Postminimalism

The study of music within multimedia contexts has become an increasingly active area of scholarly research. However, the application of such studies to musical genres outside the 'classical' film canon, or in television and other media remains largely unexplored in any detail. Tristian Evans demonstrates how postminimal music interacts with other media forms, focusing on the film music by Philip Glass, but also taking into account works by other composers such as Steve Reich, Terry Riley, John Adams and others inspired by minimalist and postminimal practices. Additionally, Evans develops innovative ways of analysing this music, based on an interdisciplinary approach, and draws on research from areas that include philosophy, linguistics and film theory. The book offers one of the first in-depth studies of Philip Glass's music for film, considering The Hours and Dracula, Naqoyqatsi, Notes on a Scandal and Watchmen, while examining re-applications of the music in new cinematic and televisual contexts. The book will appeal to musicologists but also to those working in the fields of film music, cultural studies, media studies and multimedia.