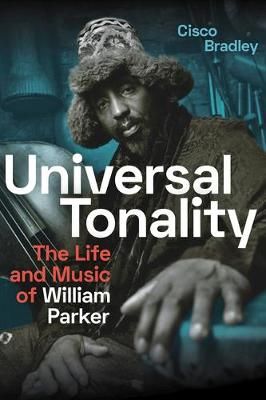 Universal Tonality: The Life and Music of William Parker

Cisco Bradley endeavors to pull the diverse parts of the artist's life together in this first ever biography of Parker. It is a monumental task, and like the dozens of biographies of Louis Armstrong... — All About Jazz More…

Since ascending onto the world stage in the 1990s as one of the premier bassists and composers of his generation, William Parker has perpetually toured around the world and released over forty albums as a leader. He is one of the most influential jazz artists alive today. In Universal Tonality historian and critic Cisco Bradley tells the story of Parker's life and music. Drawing on interviews with Parker and his collaborators, Bradley traces Parker's ancestral roots in West Africa via the Carolinas to his childhood in the South Bronx, and illustrates his rise from the 1970s jazz lofts and extended work with pianist Cecil Taylor to the present day. He outlines how Parker's early influences-Ornette Coleman, John Coltrane, Albert Ayler, and writers of the Black Arts Movement-grounded Parker's aesthetic and musical practice in a commitment to community and the struggle for justice and freedom. Throughout, Bradley foregrounds Parker's understanding of music, the role of the artist, and the relationship between art, politics, and social transformation. Intimate and capacious, Universal Tonality is the definitive work on Parker's life and music.

Cisco Bradley endeavors to pull the diverse parts of the artist's life together in this first ever biography of Parker. It is a monumental task, and like the dozens of biographies of Louis Armstrong that have been published, it is a good start." -- Mark Corroto

Bradley's work, currently only in English, really deserves to be translated into multiple languages." (translated from Italian) -- Giuseppe Segala

Cisco Bradley's insightful, detailed and beautifully illustrated biography is a labour of love. . . . Universal Tonality made me realise that, much as I've always loved his music, I hadn't begun to appreciate William Parker's achievement." -- Andy Hamilton