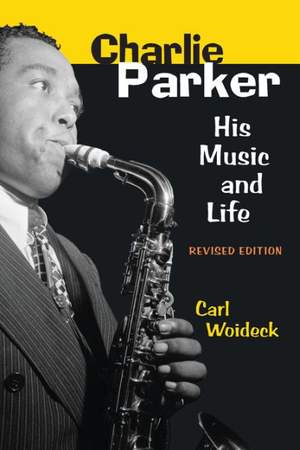 Charlie Parker: His Music and Life

Saxophonist Charlie Parker (1920-1955) was one of the most innovative and influential jazz musicians of any era. As one of the architects of modern jazz (often called "bebop"), Charlie Parker has had a profound effect on American music. His music reached such a high level of melodic, rhythmic, and harmonic sophistication that saxophonists and other instrumentalists continue to study it as both a technical challenge and an aesthetic inspiration. This revised edition of Charlie Parker: His Music and Life has been revised throughout to account for new Charlie Parker scholarship and previously unknown Parker recordings that have emerged since the book's initial publication. The volume opens by considering current research on Parker's biography, laying out some of the contradictory accounts of his life, and setting the chronology straight where possible. It then focuses on Parker's music, tracing his artistic evolution and major achievements as a jazz improviser. The musical discussions and transcribed musical examples include timecodes for easy location in recordings-a unique feature to this book.