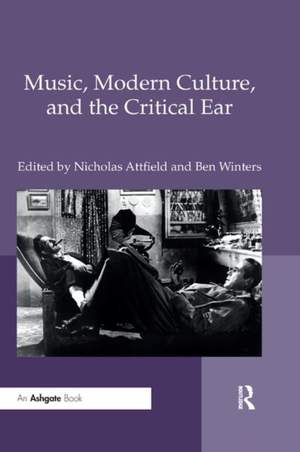 In his 1985 book The Idea of Music: Schoenberg and Others, Peter Franklin set out a challenge for musicology: namely, how best to talk and write about the music of modern European culture that fell outside of the modernist mainstream typified by Schoenberg, Berg, and Webern? Thirty years on, this collected volume of essays by Franklin's students and colleagues returns to that challenge and the vibrant intellectual field that has since developed. Moving freely between insights into opera, Volksoper, film, festival, and choral movement, and from the very earliest years of the twentieth century up to the 1980s, its authors listen with a 'critical ear': they site these musical phenomena within a wider web of modern cultural practices - a perspective, in turn, that enables them to exercise a disciplinary self-awareness after Franklin's manner.