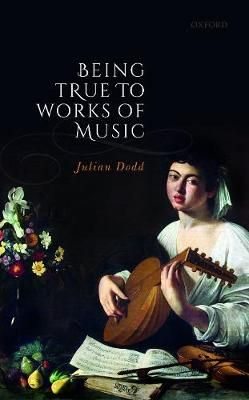 New, Being True to Works of Music

Being True to Works of Music explores the varieties of authenticity involved in our practice of performing works of Western classical music. Its key argument is that the familiar 'authenticity debate' about the performance of such works has tended to focus on a side issue. While much has been written about the desirability (or otherwise) of historical authenticity — roughly, performing works as they would have been performed, under ideal conditions, in the era in which they were composed — the most fundamental norm governing our practice of work performance is, in fact, another kind of kind of truthfulness to the work altogether. This is interpretive authenticity: being faithful to the performed work by virtue of evincing a profound, far-reaching, or sophisticated understanding of it. As such, performers are justified, on occasion, in sacrificing some score compliance for the sake of making their performance more interpretively authentic.

Written in a clear, engaging style with discussion of musical examples throughout, this book will be of great interest to both philosophers of music and musicologists.