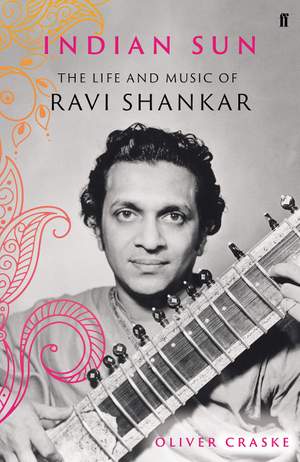 The first biography to be written about Shankar, pieced together by dozens of interviews with the man himself, as well as hundreds with his family and friends. Craske brings an intimate, expert... — The Guardian More…

A Times, Spectator, TLS and BBC Music Magazine Book of the Year A major biography of Ravi Shankar published on the centenary of his birth: the first full portrait of the man and the artist across his extraordinary ninety-two years. As an icon of India, Ravi Shankar ranks not far below Gandhi or the Taj Mahal. He was one of the twentieth century's most important musicians, and India's greatest cultural ambassador. The maestro of the sitar filled the world's leading concert halls, festival stages and airwaves with Indian classical music at a time when it was little known outside its homeland. A sensation at Monterey Pop, the Woodstock Festival and the Concert for Bangladesh, he also helped reshape jazz, minimalism and electronic music, pioneered the sitar concerto, and wrote many film scores, including Pather Panchali and Gandhi. He charted the map for countless global musicians who followed in his wake. The unparalleled breadth of his impact is reflected in his disciples, who included George Harrison, John Coltrane, Philip Glass and Yehudi Menuhin. For this first biography of Ravi Shankar, Oliver Craske has carried out more than 130 new interviews and enjoyed unprecedented access to the Shankar family archives. He presents the first full portrait of the man and the artist, painting a vivid picture of the public and private faces of a captivating, restless workaholic who lived an intense and extraordinary life across ninety-two years. He investigates Shankar's childhood traumas and youthful stardom as a dancer, his intensive study of the sitar and his leading role in the revival of Indian classical music in his homeland, and his subsequent international career that ultimately made his name synonymous with India. Throughout, this biography seeks to answer the question of what impelled Ravi Shankar on an unending creative and emotional quest.

The first biography to be written about Shankar, pieced together by dozens of interviews with the man himself, as well as hundreds with his family and friends. Craske brings an intimate, expert reading of Shankar's music, as well as revelatory access to create the definitive portrait of his context within modern culture