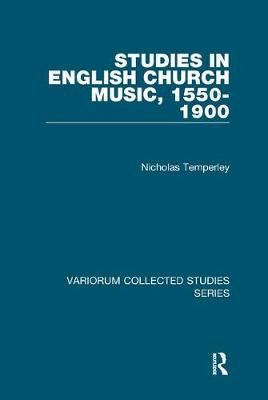 a model of scholarship that is at once focused and synoptic... it is good to have these essays [...] available between two covers. Written between 1972 and 2006, they demonstrate just how tenacious... — Notes: Journal of the Music Library Association More…

Nicholas Temperley has pioneered the history of popular church music in England, as expounded in his classic 1979 study, The Music of the English Parish Church; his Hymn Tune Index of 1998; and his magisterial articles in The New Grove. This volume brings together fourteen shorter essays from various journals and symposia, both British and American, that are often hard to find and may be less familiar to many scholars and students in the field. Here we have studies of how singing in church strayed from artistic control during its neglect in the 16th and 17th centuries, how the vernacular 'fuging tune' of West Gallery choirs grew up, and how individuals like Playford, Croft, Madan, and Stainer set about raising artistic standards. There are also assessments of the part played by charity in the improvement of church music, the effect of the English organ and the reasons why it never inspired anything resembling the German organ chorale, and the origins of congregational psalm chanting in late Georgian York. Whatever the topic, Temperley takes a fresh approach based on careful research, while refusing to adopt artistic or religious preconceptions.

a model of scholarship that is at once focused and synoptic... it is good to have these essays [...] available between two covers. Written between 1972 and 2006, they demonstrate just how tenacious Temperley's interest in English church music has been throughout his career. It has been a remarkable career, and any book that makes the scholarship more widely available is greatly to be welcomed