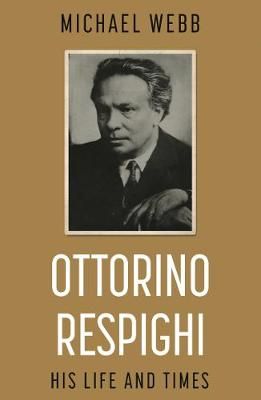 Ottorino Respighi: His Life and Times

This is the first English language biography of Ottorino Respighi, the most performed Italian composer of the twentieth century.
Best known for his so-called Roman trilogy, (Fountains of Rome, Pines of Rome and Roman Festivals), this book documents the story of his rise to fame and offers a fascinating insight into the active lifestyle of an internationally renowned musician, who made an important contribution to the revival of interest in early music.
It also takes a closer look at Respighi's associations with eminent figures such as Arturo Toscanini, Serge Diaghilev, Gabriele D'Annunzio and even Albert Einstein which make his story deeply engaging and take us beyond the realms of music into a world of Russian emigres, wealthy patrons and Nobel Prize winners, while also documenting some of the early effects of fascism on art and culture.