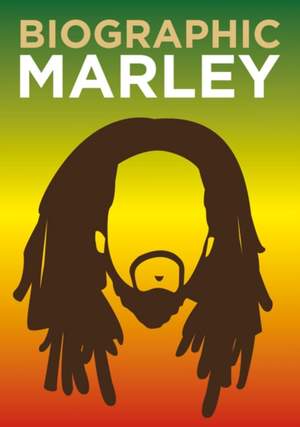 Most people know that Bob Marley (1945-1981) was a singer-songwriter who popularised reggae music and whose Jamaican culture and Rastafarian beliefs have attained worldwide influence. What, perhaps, they don't know is that his music inspired 7,000 prisoners of war to escape; that after running out of money he was forced to spend two years living in London; that he has sold more than 75 million records around the world; and that he was shot twice while trying to bring peace between two political groups. Biographic: Marley presents an instant impression of his life, work and legacy, with an array of irresistible facts and figures converted into infographics to reveal the musician behind the music.