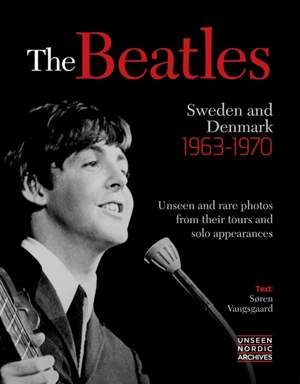 In 1963 The Beatles were ready to leave Britain and charm the world. They tried to arrange a tour of Denmark in 1963, but the Danish booking bureaus weren't interested, so instead they went to Stockholm for nine days. In 1964 Beatlemania set the world on fire, and they returned to Stockholm as well as Copenhagen. New material on The Beatles is scarce, but the Unseen Nordic Archives series has uncovered a treasure trove of unknown or rarely used photos from these tours and coupled them with new interviews from the people involved and newspaper articles from local Danish and Swedish papers at the time.