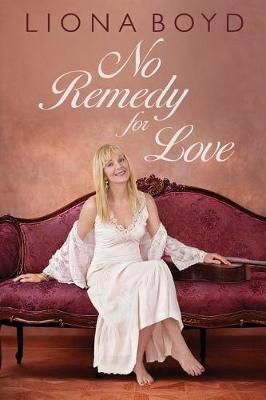 No Remedy for Love

Her playing has inspired countless people around the world for whom she has helped evangelize the guitar. This book showcases an unexpected new dimension to Liona Boyd's creativity, and is sure... — Guitar Player More…

Few people's lives are as romantic and adventurous as Liona Boyd's has been. She has performed around the world, sold millions of albums, won five Juno awards, serenaded numerous heads of state, and, for eight years, dated Prime Minister Pierre Trudeau.

Continuing her story in a new memoir, Liona recounts how she lost her ability to perform, details her divorce, and chronicles the emotional roller-coaster ride that followed. After six years of searching for answers, reinventing her technique, and learning to sing, she returned to Canada and a new career, creating five new albums as a singer, songwriter, and guitarist.

Liona shares the joys of composing and recording her own music and her cast of international friends, who include singer and actress Olivia Newton-John and her friend and pen pal of over thirty years, HRH Prince Philip.

Liona reveals her love affairs, spiritual journeys, personal and musical struggles, and greatest triumphs. Writing with candour and passion, she gives a behind-the-scenes tour of her fascinating world.

Her playing has inspired countless people around the world for whom she has helped evangelize the guitar. This book showcases an unexpected new dimension to Liona Boyd's creativity, and is sure to please both her fans and the uninitiated