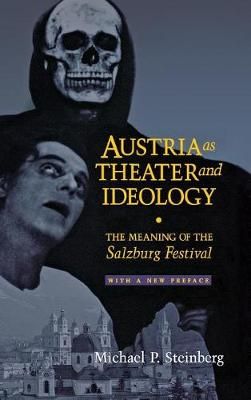 Austria as Theater and Ideology: The Meaning of the Salzburg Festival

Austria's renowned Salzburg Festival has from the outset engaged issues of cultural identity in a country that has difficulty coming to terms with its twentieth-century history. That this is the case was especially apparent in 1999, when the Austrian president opened the festival with a speech attacking its profile under the direction of Gerard Mortier and calling for a return to the ideals of its spiritual founder, Hugo von Hofmannsthal. This proved the opening shot in a renewed debate about the direction of the Festival, which is in fact a debate about the identity of Austria itself. The issues posed foreshadowed the uproar that erupted several months later when Joerg Haider's right-wing Freedom Party joined a coalition with the conservative People's Party, wresting control of the government from the Socialists and provoking the wrath of Austria's partners within the European Union. What accounts for the profound intellectual and cultural ambivalences that have characterized Austrian history in the twentieth century?

In this highly regarded book, Michael P. Steinberg investigates the goals and meanings of the Salzburg Festival from its origins in the wake of defeat in World War I and the collapse of the Habsburg Empire. He focuses on those aspects that reveal with special clarity the interplay between the Festival's history and the larger problems of Austrian and German ideology and identity. At the heart of his analysis is the problem of "nationalist cosmopolitanism," which he sees as a central element of German and Austrian culture from the period of the German enlightenment on. He shows how the Festival sought to embody and extend this paradoxical tradition and, in the Preface to the Cornell Paperbacks edition, explores the latest chapter in the Austrian culture wars. Steinberg's book is at once a brilliant history of an important cultural institution and a work that deepens our understanding of the unstable relationship between culture and politics in Europe at the beginning of the twenty-first century.