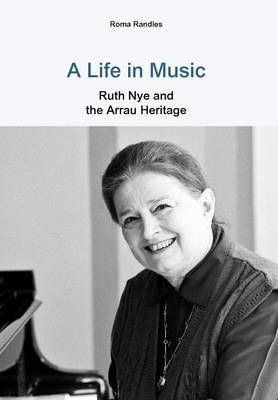 A Life in Music: Ruth Nye and the Arrau Heritage

Claudio Arrau was one of the most distinguished and influential concert pianists of the twentieth century. His particular approach to the creation of sound was legendary. Concert pianist Ruth Nye studied with Arrau in New York and maintained a very active professional and personal relationship with the maestro until his death some 30 years later. Ruth Nye's performance career continued for many years until she developed Dupuytren's contracture of the fifth finger of her left hand, which left her unable to play professionally. Ruth Nye, MBE, FRCM, is now one of the most highly regarded piano teachers in the UK. This is the story of her life and her musical philosophy.