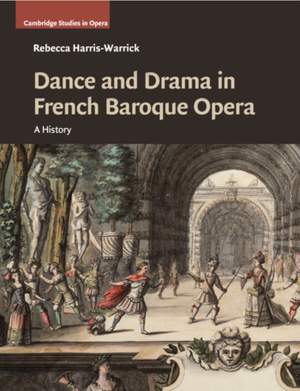 Dance and Drama in French Baroque Opera: A History

Since its inception, French opera has embraced dance, yet all too often operatic dancing is treated as mere decoration. Dance and Drama in French Baroque Opera exposes the multiple and meaningful roles that dance has played, starting from Jean-Baptiste Lully's first opera in 1672. It counters prevailing notions in operatic historiography that dance was parenthetical and presents compelling evidence that the divertissement - present in every act of every opera - is essential to understanding the work. The book considers the operas of Lully - his lighter works as well as his tragedies - and the 46-year period between the death of Lully and the arrival of Rameau, when influences from the commedia dell'arte and other theatres began to inflect French operatic practices. It explores the intersections of musical, textual, choreographic and staging practices at a complex institution - the Académie Royale de Musique - which upheld as a fundamental aesthetic principle the integration of dance into opera.