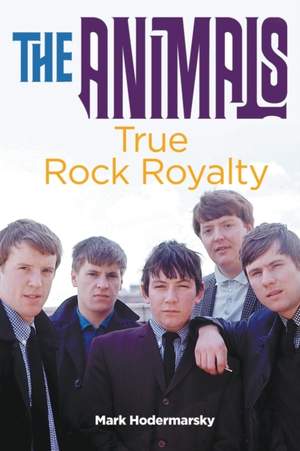 If ever a rock band reflected the era in which they played, then it must be the Animals to the 1960s. To know their story is to know that decade. And it is no exaggeration to suggest that for part of that thrilling and prolific time in rock history the Animals were, for a little while, nearly as popular as the Beatles. The Animals: True Rock Royalty traces the original group's humble Newcastle beginnings and meteoric ascent to international fame; the drug and alcohol issues, poor management, and internal conflicts that led to a breakup; Eric Burdon's new band of Animals; and the acrimonious (original) Animals reunion attempts. Personal reflections from the author and others offer compelling insights regarding the band's groundbreaking contributions to rock music in this much-needed fresh appraisal.