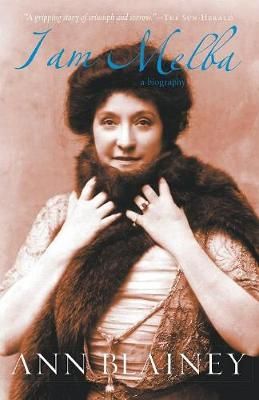 I am Melba: A Biography

The story of an Australian girl who defied convention and became the most famous singer of her era. Growing up in Melbourne, Nellie Mitchell dreamed of fame, but her devout father disapproved. When a chance arose to go to Paris, she trusted in her musical talent and hoped for a lucky break. Within a few years, reborn as Nellie Melba, she was performing to overflowing concert halls, hobnobbing with European royalty and collaborating with some of the most renowned composers of the age. Audiences swooned over the 'heavenly pleasures' of her voice, while the public showed an insatiable appetite for news of her sometimes passionate private life. Dame Nellie Melba was Australia's first international superstar. In this important biography, enhanced by new research, Ann Blainey captures the exuberance, controversy and pathos of Melba's remarkable career. Shortlisted for the Age Book of the Year Award