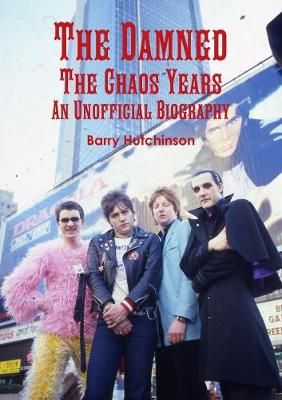 The Damned - the Chaos Years: an Unofficial Biography

For the past 40 years original pioneers of punk The Damned have been thrilling fans across the world with their awesome, yet often unpredictable live performances and genre defining music. In 2017 The Damned are still going strong and along the way have influenced countless other bands that would follow in their footsteps such as Black Flag, Nirvana, Rancid, Bad Brains, Green Day, Offspring, TSOL and Guns n' Roses to name but a few. This biography, written by longtime fan and author of a popular Damned website 'Second Time Around', Barry Hutchinson, celebrates the first 20 years - often referred to as the Chaos Years, and arguably the most prolific of the band's history. It records their crazy antics both on and off stage, their often troublesome gigs and their memorable music. With exclusive interviews from all band members past and present, plus never before published photos, this book is a must read for all Damned fans wanting an insight to the band's iconic history.