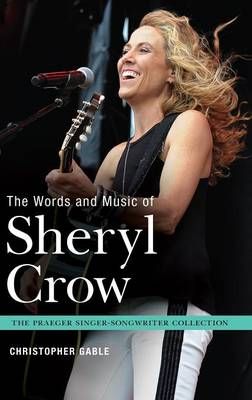 The Words and Music of Sheryl Crow

Offering commentary, musical analysis, and detailed interpretation of her songs' lyrics, this book examines the qualities of Sheryl Crow's music that have served to establish the artist's success and popularity.

Sheryl Crow continues to be celebrated for her legacy as a singer-songwriter and pop culture icon. This book provides an introduction to Sheryl Crow's entire music catalog. Organized into chronological periods of time, the author weaves biographical facts throughout a narrative rich with details about her songs: how they were created, recorded, distributed, and modified in live performance. Accompanying commentary features song analysis-including song structure, chord progression, and melody-and provides fascinating insights into the lyrical content of Crow's songwriting.

The work begins with Crow's upbringing, her musical roots and influences, and how they manifested themselves in her later career. Subsequent sections delve into her road to success and eventual stardom, revealing how her rise to fame and widespread popularity was littered with broken friendships, acrimony, and suicide. The last several chapters follows her life after a diagnosis of breast cancer and the adoption of her sons. The work also includes a chapter on B-sides and rare songs by Crow.