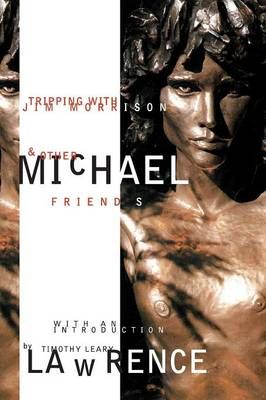 Tripping with Jim Morrison and Other Friends: With an Introduction by Timothy Leary

Artist Michael Lawrence and The Doors singer Jim Morrison met at UCLA, California. This coming-of-age memoir stretches from Michael's magical childhood in Fellini's Rome, where visitors to his home included Humphrey Bogart, Errol Flynn and Laurence Olivier, to teenage life in Venice, LA with Jim and then to Europe and Afghanistan by way of an enlightening encounter with Paul Bowles in Tangier. Whilst Jim's road was cut short far too early, Michael was to become an artist with a long road of success ahead of him - always with Jim at his shoulder. "These are some of our salad days, when we sat in the front seat of unfolding realities, our Venice LA and beyond. I too am Jim's fan and friend, who deeply cherishes these memories I am sharing with you. Jim's sweetness and mischievous promptings...his gracefulness, his poetic avant garde nature, his writings." Michael Lawrence, 2016 Michael Lawrence was born in Los Angeles in 1943, the son of Hollywood character actor Marc Lawrence and screenwriter, poet and novelist Fanya Foss. After he was awarded the Huntington Hartford Fellowship, his life's pursuits were set as an artist and a writer.Roy Lichtenstein described his artwork as "vibrant, joyous and colourful". His fine, poetic words and funny stories are destined to become equally so, in this coming of age tale like no other. "The guys from your UCLA days sent me your way, claiming your memories and stories of Jim are among the most important" Jerry Hopkins (Co-author of the Jim Morrison biography No One Here Gets Out Alive) "You have poems inside your head and you have learned to explode them with firecracker tubes of paint" Ray Bradbury "Here is a wealth of impressions! People, places and events, famous and personal, sit side by side in curious metaphors that softly draw the reader into meditation." Timothy Leary "This book is a genuine trip, a joyous, inspiring tour of the 60s." Daniel Klein, author of Travels With Epicurus LONGLISTED, THE UK PEOPLE'S BOOK PRIZE FOR NON-FICTION 2017