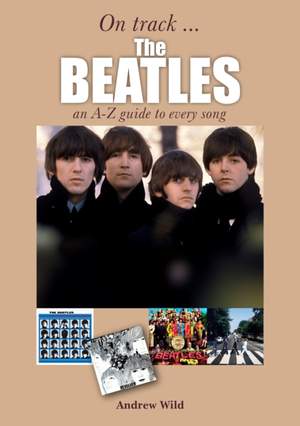 The Beatles: An A-Z Guide to Every Song: On Track

The Beatles - on track analyses every single song that the Beatles recorded - whether live or in the studio - from the most famous, to the most obscure The songs that the Beatles performed are the history of Rock and Roll From the hard-won reputation as the thrilling live act in the Cavern and Hamburg, through to their own classic early songs, the Beatles developed as performers and songwriters of rare distinction. They were always one step ahead of their competition. And then, they mastered the studio. In 1965 and 1966 they increasingly pushed the boundaries of what a pop band could achieve, before breaking down the walls for `Sgt Pepper's Lonely Hearts Club Band'. Writer and music collector Andrew Wild has gathered together every known Beatles song and every known performance-every studio take, every live recording, every release, every session. In this book, the full breadth of available Beatles music has been collected, catalogued, listened to and analysed, then presented in a format that's easy to read. Almost 1,000 songs, from the very famous to the very obscure, from the dazzling to the dire. Over one thousand recorded versions, over three hundred different songs performed in concert, nearly six hundred different songs recorded, close to four hundred different songs released. If you're a Beatles collector, you need this book.