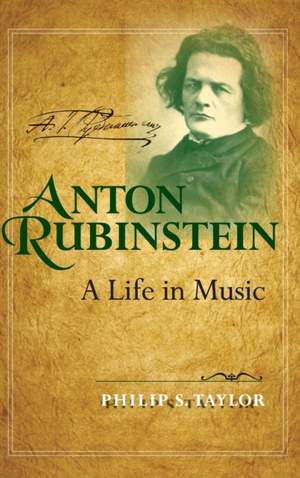 Anton Rubinstein: A Life in Music

The first modern biography in English of Russian composer-pianist Anton Rubinstein, this book places Rubinstein within the context of Russian and western European musical culture during the late 19th century, exploring his rise to international fame from humble origins in Bessarabia, as well as his subsequent rapid decline and marginalization in later musical culture. Taylor provides a balanced account of Rubinstein's life and his career as a piano virtuoso, conductor, composer, and as the founder of Russia's first conservatory. Widely considered the virtuosic heir to Liszt, and recognized internationally as an equivalent cultural icon, he performed with most leading musicians of the day, including Liszt himself, Joachim, Clara Schumann, Vieuxtemps, Wieniawski, Saint-Saens, and Ysaye.