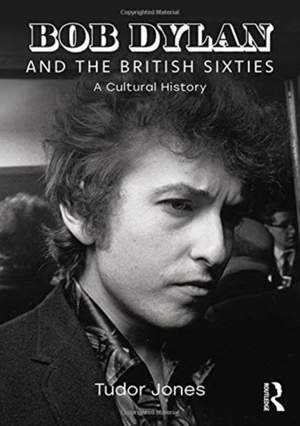 Bob Dylan and the British Sixties: A Cultural History

Britain played a key role in Bob Dylan's career in the 1960s. He visited Britain on several occasions and performed across the country both as an acoustic folk singer and as an electric-rock musician. His tours of Britain in the mid-1960s feature heavily in documentary films such as D.A. Pennebaker's Don't Look Back and Martin Scorsese's No Direction Home and the concerts contain some of his most acclaimed ever live performances. Dylan influenced British rock musicians such as The Beatles, The Animals, and many others; they, in turn, influenced him. Yet this key period in Dylan's artistic development is still under-represented in the extensive literature on Dylan.

Tudor Jones rectifies that glaring gap with this deeply researched, yet highly readable, account of Dylan and the British Sixties. He explores the profound impact of Dylan on British popular musicians as well as his intense, and at times fraught, relationship with his UK fan base. He also provides much interesting historical context - cultural, social, and political - to give the reader a far greater understanding of a defining period of Dylan's hugely varied career.

This is essential reading for all Dylan fans, as well as for readers interested in the tumultuous social and cultural history of the 1960s.