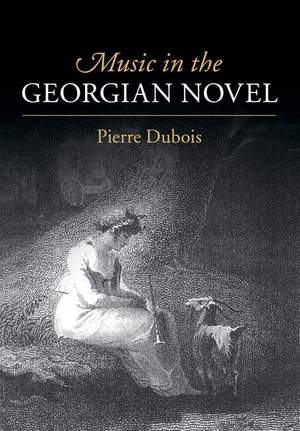 Music in the Georgian Novel

Music was an essential aspect of life in eighteenth-century Britain and plays a crucial role in the literary strategies of Georgian novels. This book is the first to investigate the literary representation of music in these works and explores the structural, dramatic and metaphorical roles of music in novels by authors ranging from Richardson to Austen. Pierre Dubois explores the meaning of 'musical scenes' by framing them within contemporary cultural issues, such as the critique of Italian opera or the theoretical shift from mimesis to the alleged autonomy and mystery of music. Focusing upon both eighteenth-century theories of music, and the way specific musical instruments were perceived in the collective imagination, Dubois suggests new interpretative perspectives for a whole range of novels of the Georgian era. This book will be of interest to a wide readership interested not only in literature, but also in music and cultural history at large.