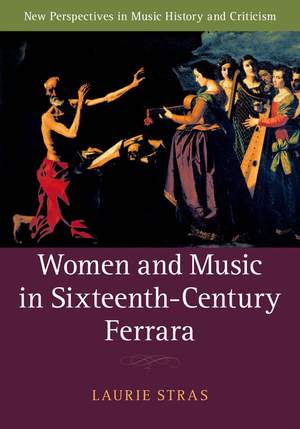 Women and Music in Sixteenth-Century Ferrara

The musica secreta or concerto delle dame of Duke Alfonso II d'Este, an ensemble of virtuoso female musicians that performed behind closed doors at the castello in Ferrara, is well-known to music history. Their story is often told by focussing on the Duke's obsessive patronage and the exclusivity of their music. This book examines the music-making of four generations of princesses, noblewomen and nuns in Ferrara, as performers, creators, and patrons from a new perspective. It rethinks the relationships between polyphony and song, sacred and secular, performer and composer, patron and musician, court and convent. With new archival evidence and analysis of music, people, and events over the course of the century, from the role of the princess nun musician, Leonora d'Este, to the fate of the musica secreta's jealously guarded repertoire, this radical approach will appeal to musicians and scholars alike.