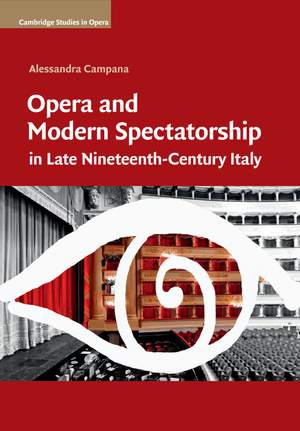 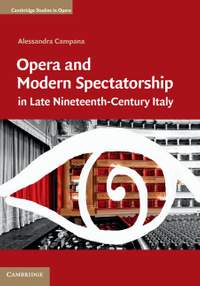 At the turn of the twentieth century Italian opera participated to the making of a modern spectator. The Ricordi stage manuals testify to the need to harness the effects of operatic performance, activating opera's capacity to cultivate a public. This book considers how four operas and one film deal with their public: one that in Boito's Mefistofele is entertained by special effects, or that in Verdi's Simon Boccanegra is called upon as a political body to confront the specters of history. Also a public that in Verdi's Otello is subjected to the manipulation of contemporary acting, or one that in Puccini's Manon Lescaut is urged to question the mechanism of spectatorship. Lastly, the silent film Rapsodia satanica, thanks to the craft and prestige of Pietro Mascagni's score, attempts to transform the new industrial medium into art, addressing its public's search for a bourgeois pan-European cultural identity, right at the outset of the First World War.