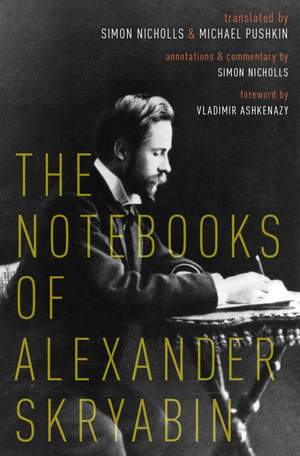 The Notebooks of Alexander Skryabin

Russian composer Alexander Skryabin's life spanned the late romantic era and the momentous early years of the twentieth century, but was cut short before the end of the first world war. In a predominantly conservative era in the Russian musical scene, he drew inspiration from poets, philosophers, and dramatists of the Silver Age, a period of radical artistic renewal in Russia. Possessed by an apocalyptic vision of transformation, aspects of which he shared with other Russian thinkers and artists of the period, Skryabin transformed his musical language from a ripe Romantic style into a far-reaching, radical instrument for the expression of his ideas. This newly translated collection of the composer's writings and letters allows readers to experience and understand Skryabin's worldview, personality, and life as never before. The Notebooks of Alexander Skryabin features commentary based on original materials and accounts by the composer's friends and associates, dispelling popular misconceptions about his life and revealing the dazzling constellation of philosophies that comprised his world of ideas, from Ancient Greek and German Idealist philosophy to the writings of Nietzsche, and Indian culture to the Theosophical writings of H. P. Blavatsky. Close textual readings and new biographical insights converge to present a vivid impression of Skryabin's thought and its impact on his musical compositions.