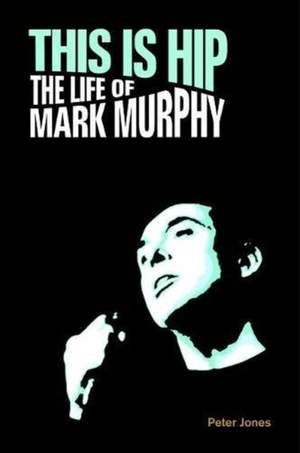 This is Hip: The Life of Mark Murphy

When Mark Murphy died in October 2015, the world lost one of the greatest jazz singer in history. Murphy was the last of his kind, a hipster of the Kerouac generation, who rejected the straight life of prosperity and numb consumerism. With a catalogue of more than 40 albums under his own name, Mark Murphy was a consummate improviser, who never sang a song the same way twice. He could have enjoyed a successful mainstream career in the vein of Mel Torme or Jack Jones. But his ambition was greater - to be an artist, to rebel against the commercial music industry and to carry the jazz vocal flame wherever it led him. Murphy was a master of scat and vocalese, of songwriting and the spoken word. He expanded the jazz singing repertoire, adding his own lyrics to instrumentals like John Coltrane's Naima, Freddie Hubbard's Red Clay, and Oliver Nelson's Stolen Moments. Unrivalled as an interpreter of ballads, he was able to express longing and regret to a degree lacking in any other jazz singer. For years he roamed the world, playing thousands of gigs. Rediscovered in the Eighties by a new audience of jazz dancers, and again in the 21st century by a digital generation who invited him to guest on their recordings, he remains a crucial though unjustly neglected figure in vocal jazz. This Is Hip is more than a biography: it also explores Murphy's innovative approaches both to singing and to the teaching of singers. Based on numerous interviews with those who knew him best, the book delves into a performing and recording career that spanned 60 years and earned him five Grammy nominations.