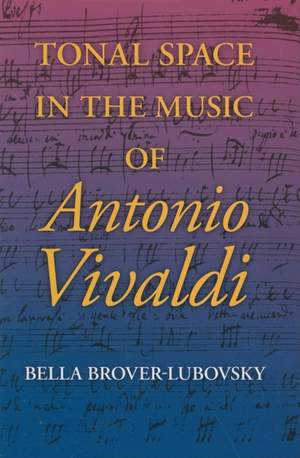 Tonal Space in the Music of Antonio Vivaldi

Tonal Space in the Music of Antonio Vivaldi incorporates an analytical study of Vivaldi's style into a more general exploration of harmonic and tonal organization in the music of the late Italian Baroque. The harmonic and tonal language of Vivaldi and his contemporaries, full of curious links between traditional modal thinking and what would later be considered common-practice major-minor tonality, directly reflects the historical circumstances of the shifting attitude toward the conceptualization of tonal space so crucial to Western art music. Vivaldi is examined in a completely new context, allowing both his prosaic and idiosyncratic sides to emerge clearly. This book contributes to a better understanding of Vivaldi's individual style, while illuminating wider processes of stylistic development and the diffusion of artistic ideas in the 18th century.