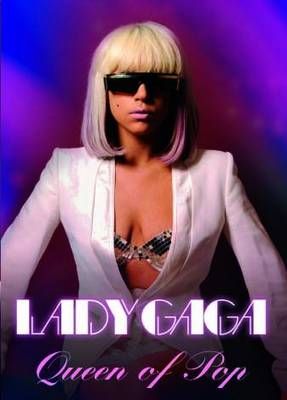 Lifting the lid on Lady Gaga aka Stefani Germanotta, find out all you ever wanted to know about the eccentric star. After being signed to and quickly dropped from Def Jam Records at age 19, Lady Gaga began performing in the rock music scene of New York City's Lower East Side. During this time, she was also working at Interscope Records as a songwriter. While at Interscope Records, Akon, after hearing Gaga sing, convinced Interscope chairman Jimmy Iovine to sign her to a joint deal with the label and Akon's Kon Live Distribution label. Her debut album The Fame was released in August 2008 and was a huge success that went to number one in four countries. The album's first two singles, "Just Dance" and "Poker Face", have become international number-one hits, and the former was nominated for Best Dance Recording at the 51st Grammy Awards. In 2009, after having opened for New Kids on the Block and the Pussycat Dolls, Lady Gaga embarked on her first headlining tour, The Fame Ball Tour, which has had countless rave reviews. Lady Gaga is inspired by glam rockers such as David Bowie and Queen, as well as pop singers such as Madonna and Michael Jackson. She is also inspired by fashion, which she has said is an essential component to her songwriting and performances. To date she has sold over 20 million digital singles and more than four million albums worldwide.