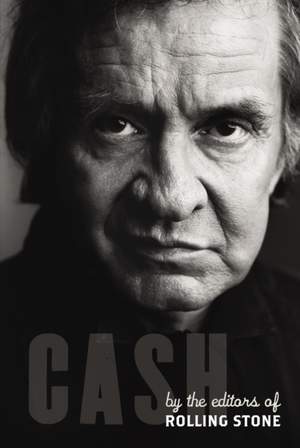 Cash: A Tribute to Johnny Cash

Johnny Cash is a giant of American music. Since its inception in the late 60s, Rolling Stone magazine has followed Cash's career, writing about him in settings ranging from San Quentin prison to a glitzy Vegas hotel. This is a stunning tribute to a man whose legacy is exceeded only by his legend.

Includes:
A moving foreword by his daughter Rosanne
A 1973 interview conducted in a Las Vegas hotel suite which shows Cash at the peak of his game
A visit with Johnny and June's only son, John Carter Cash
Personal tributes from Bob Dylan, Bono, Al Gore, Tom Petty and many more

Cash, first published in hardback to great acclaim and now in mass-market paperback, is a moving tribute to the life, career and influence of this great American man.