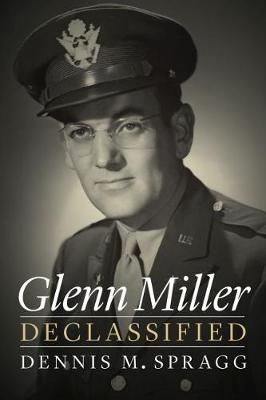 On December 15, 1944, Major Alton Glenn Miller, commanding officer of the Army Air Force Band (Special), boarded a plane in England bound for France with Lt. Col. Norman Francis Baessell. Somewhere over the English Channel, the plane vanished; no trace of the aircraft or any of its occupants was ever found. To this day, Miller, Baessell, and the pilot, John Robert Stuart Morgan, are classified as MIA. In Glenn Miller Declassified, Dennis M. Spring tells the story of musical legend, Glenn Miller, and his military career as commanding officer of the Army Air Force Band during World War II. After a brief assignment to the Army Specialist Corps, Miller was transferred to the Army Air Forces Training Command where he was assigned to build a network of radio production units, base bands, and other musical and entertainment activities. He was soon transferred to the UK to be a house band for the Allied Expeditionary Forces Programme (AEFP) broadcasts and to entertain allied service personnel in the European Theater at live concerts. Later that year, Miller and his band were to be transferred to Paris to expand the AEFP, but Miller never made it. Glenn Miller's disappearance resulted in a number of conspiracy theories, especially since much of the information surrounding his military service had been classified, restricted, or, in some cases, lost. Spragg has gained unprecedented access to his family's archives as well as military and government documents to lay such theories to rest and to prove the lasting legacy and importance of Glenn Miller's life, career and service to his country.