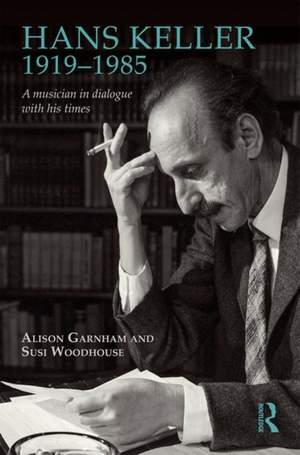 Hans Keller 1919-1985: A musician in dialogue with his times is the first full biography of Hans Keller and the first appearance in print of many of his letters. Eight substantial chapters, integrating original documents with their historical context, show the development of Keller's ideas in response to the people and events that provoked them.

A musician of penetrating insight, Keller was also an exceptional writer and broadcaster, whose remarkable mind dominated British musical life for forty years after the Second World War. It was a vital time for music in Britain, fuelled by unprecedented public investment in the arts and education and the rapid development of recording and broadcasting. Keller was at the centre of all that was happening and his far-sighted analysis of the period is deeply resonant today.

Illustrated throughout by extracts from Keller's writings, diaries and correspondence with musicians including Arnold Schoenberg, Benjamin Britten and Yehudi Menuhin, this book vividly conveys the depth of his thought and the excitement of the times. Published for the centenary of Keller's birth, it is an illuminating celebration of his life and works for all those interested in the music and history of post-war Britain.