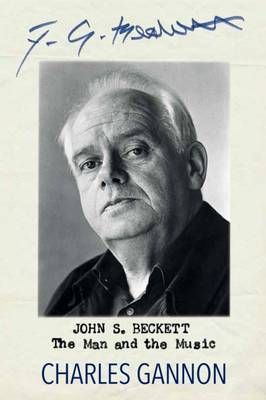 John S. Beckett: The Man and the Music

Remembered in his native Ireland primarily as a harpsichordist and interpreter of Bach's music, and in the UK as a conductor of the ground-shaking early music group Musica Reservata, John Beckett also composed avant-garde incidental music, performed on several instruments and was an authoritative, if controversial, conductor. Music was not his only passion: he was interested in films, the theatre, art and pottery, and loved to travel. His varied career included devising music programmes for Radio Eireann, writing for The Bell magazine, working in Dublin's Pike Theatre, presenting and performing for the BBC Third Programme, composing music for his famous cousin Samuel Beckett, founding Musica Reservata, conducting Bach cantata concerts in Dublin over a ten-year period, and working as a producer and presenter for BBC Radio 3. Despite his reputation as a gruff, confrontational individual with a fondness for Guinness, whiskey and garlic, he made many friends and was familiar with Dublin's intellectual, musical and bohemian milieu, such as the writers Aidan Higgins, Anthony Cronin, Patrick Kavanagh, Brendan Behan and James Plunkett, composers E.J. Moeran and Frederick May, counter-tenor Alfred Deller, musician John O'Sullivan, Desmond MacNamara, Ralph Cusack, singer and sculptor Werner Schurmann, publisher John Calder and musician David Cairns. Complex, self-deprecating and private, John's character and achievements are examined with detail garnered from information both published and in archival collections in Ireland and the UK. Recollections from those who knew him at different stages of his life enliven this fascinating biography. The book also examines the development of Musica Reservata, and contains excerpts from unpublished letters written by Samuel Beckett. Extracts from correspondence between John and James Plunkett, Aidan Higgins, Arland Ussher and music critic Charles Acton are also included.