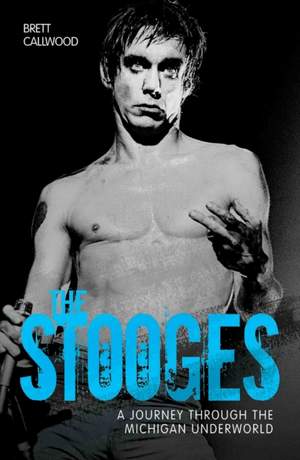 The Stooges: Head on: A Journey Through the Michigan Underground

Years before the births of the Ramones, The Clash or the New York Dolls, a band of punk savages reared their ugly heads from the streets of Michigan. Fronted by a wild-eyed, bare-chested maniac named Jim Osterberg - now known to the world as Iggy Pop - they grew from bluesy roots to lead the charge into a new era of punk rock. Containing primary interviews with all the band members and Iggy himself, as well as other key characters, this biography provides a collection of exclusive and captivating eye-witness accounts of this most important of rock bands. The influence of The Stooges on the world of punk and rock 'n' roll is immeasurable. The band's three albums - The Stooges, Fun House and Raw Power - are bona fide classics. The fact that the band only existed for a few short years at the end of the '60s and start of the '70s makes their achievements all the more impressive. Of course, lead singer Iggy Pop went on to have huge success as a solo artist, working with the likes of David Bowie and Green Day, but here, for the first time, The Stooges story is told in-depth, through original interviews with the band members.Just after the turn of the new millennium, Iggy reformed The Stooges with all of the key members present, including brothers Ron and Scott 'Rock Action' Asheton. The Stooges have gone from strength to strength since the reunion, headlining festivals around the world. Their contribution to rock music history is without question and this book is an important document of those times and their lives.