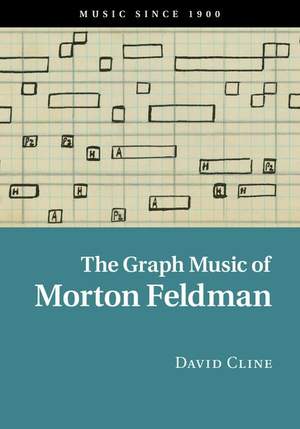 The Graph Music of Morton Feldman

Morton Feldman is widely regarded as one of America's greatest composers. His music is famously idiosyncratic, but, in many cases, the way he presented it is also unusual because, in the 1950s and 1960s, he often composed in non-standard musical notations, including a groundbreaking variety on graph paper that facilitated deliberately imprecise specifications of pitch and, at times, other musical parameters. Feldman used this notation, intermittently, over seventeen years, producing numerous graph works that invite analysis as an evolving series. Taking this approach, David Cline marshals a wide range of source materials - many previously unpublished - in clarifying the ideology, organisation and generative history of these graphs and their formative role in the chronicle of post-war music. This assists in pinpointing connections with Feldman's compositions in other formats, works by other composers, notably John Cage, and contemporary currents in painting. Performance practice is examined through analysis of Feldman's non-notated preferences and David Tudor's celebrated interpretations.