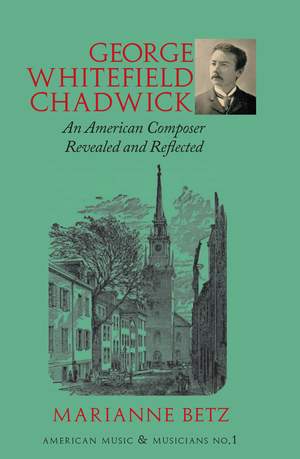 George Whitefield Chadwick (1854-1931), composer, organist, conductor, and director of the New England Conservatory in Boston, was one of America's most prolific musical authority in the later 19th and early 20th century.Like with many composers of his generation, his music, his biography, and his influential role in cultural life became forgotten in the crosscurrents of modernity. However, Chadwick has been recently rediscovered, and his nearly forgotten music subsequently has provoked new and increasing interest.  Hitherto unknown biographical and musical findings make it now possible to value Chadwick's importance in a new way. His biography, uniquely documentedby personal papers of all kinds, simultaneously depicts the career of a 19th century American composer and the contemporary musical and social networks of his surrounding.  This book was written with the intention of illuminating Chadwick's musical development, his role models, musical ideals and aesthetics. However, in reviewing the source material it was impossible not to stumble in the sources upon the very personal unburdening of a full-bloodedmusician, who throughout his life was confronted with many obstacles, but never stopped struggling to be recognized as a composer of good music.