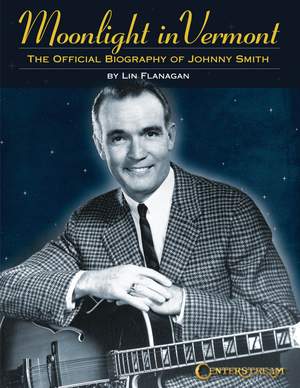 Moonlight in Vermont: The Official Biography of Johnny Smith

Johnny Smith (1922-2013) was the jazz guitarist's jazz guitarist. During the 1950s, he worked for the network broadcasters in New York while also playing regularly at clubs such as Birdland opposite Count Basie, Dizzy Gillespie, Miles Davis, George Shearing and many other legends of jazz. He was the most revered guitarist on the New York jazz scene during a golden era. His technical virtuosity, quality of tone, musical sophistication and literacy were unrivalled in jazz guitar circles. Many celebrated jazz guitarists still consider him to be the benchmark of musicianship by which all others are measured. This is the biography of the man whom many jazz guitar legends call The Master.