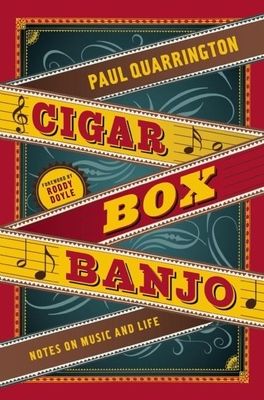 Notes on Music and Life

Award-winning novelist, screenwriter, and musician Paul Quarrington was diagnosed with stage-four lung cancer in summer 2009. Looking death in the face, he decided to go out singing, throwing everything he had into his work and demonstrating a creative energy that belied his illness. He performed with his band, recorded two new albums, and completed this eclectic, funny, and moving memoir of a life lived in music and words. In Cigar Box Banjo, Quarrington ruminates on the bands of his childhood; his restless youth spent playing bass with a cult band, and his incarnation, in middle age, as rhythm guitarist and singer with the band Porkbelly Futures. Ranging through rock 'n' roll, the blues, folk, country, and soul, he explores how songs are made, how they work, and why they affect us so profoundly. On stage and in studios from Newfoundland to Nashville, Quarrington celebrates his last year on the planet.